No doubt, Raspberry Pi is an excellent single-board computer (SBC) and is widely popular among DIYers. This all comes down to its versatility, reliability, and ease of use.

Regardless of its popularity, Raspberry Pi has its limitations.

Thankfully, there are some Raspberry Pi alternatives with similar qualities, such as form factor, power, and usage, among other features.

And while these alternatives may not enjoy the same popularity as Raspberry Pi, they are great single-board computers that can even work for slightly different projects.

This guide will show you a handful of Raspberry Pi alternatives that should serve you well.

ASUS is a major player in the PC world, which makes the Tinker Board S product an impressive Raspberry Pi alternative.

The ASUS Tinker Board S is a very powerful SBC that performs almost like the Raspberry Pi when it comes to adaptability and form factor.

Here’s something to keep in mind right off the bat. This option is definitely not cheap.

However, the good news is that the board comes complete with a power adapter, heat sink, and a micro USB cable.

Instead of the standard SD Card storage available with Raspberry Pi, this SBC is fitted with an incredibly fast onboard 16 GB eMMC. This allows it to read and write at high speeds.

If you are used to DIY single-board computers, you’ll be quick to acknowledge that this is not a common feature. Most people will have to buy an additional eMMC or SD Card for storage.

In addition to the slightly better hardware specs, this SBC has quite an impressive amount of ports. These include:

It even features a 40-pin GPIO for HAT expansion modules.

And that’s not all

The 3.5 mm audio jack is capable of supporting 192/24bit HD audio playback. Plus, it comes with an automatic audio jack detection feature.

Furthermore, ASUS Tinker Board S goes toe to toe with the more popular Raspberry Pi when it comes to onboard Wi-Fi and Bluetooth connectivity. It also has a U.FL/Ipex antenna header that can be upgraded at any time.

Okay, Odriod-XU4 should be top on this list because it has been going head to head with Raspberry Pi for quite a long time. However, we are making it our second choice because it doesn’t have wireless connectivity.

There, you now know one of the downsides to this otherwise great single-board computer.

With Odroid-XU4, you get almost the same form factor as the Raspberry Pi but it offers a bit more advanced specs in certain areas while keeping things basic with a few other components.

It is generally, this SBC is a very powerful option with significantly low power consumption. So, if your project involves the use of Linux, Android, or some other open-source OS, you may as well opt for the Odroid-XU4.

When it comes to ports and other features, Odroid-XU4 has a lineup that can convert even the most loyal Raspberry Pi user. Notable features include:

To top it all, the single-board computer also has an eMMC 5.0 HS400 interface of up to 64 GB. This is a lot faster than the available SD Card on Raspberry Pi.

As you can imagine, all of these parts come together efficiently to produce incredibly fast booting, seamless web browsing, and data transfer speeds.

Plus, it offers excellent gaming performance.

Although it doesn’t offer Bluetooth and WiFi connectivity, you can easily get over this setback with a dongle. Simply plug it into one of the USB ports, and you’re good to go.

This is another single-board computer that works great for most DIY projects. It is similar to the Raspberry Pi both in form factor and functionality, yet it is a lot more affordable, making it an ideal pick for those on a budget.

DIY enthusiasts looking for something suitable for a variety of projects may as well opt for the Orange Pi One. It is perfect for projects like retro gaming systems and media servers. It even works well for more technical applications.

Orange Pi One comes with the following features:

Considering its low price point, it is not surprising that the Orange Pi One has underpowered specs compared to Raspberry Pi 4.

Fondly referred to as Le Potato, the Libre Computer Board is designed to mimic the Raspberry Pi 3 – featuring a similar form factor and location of ports.

This option features outstanding input/output, including:

Le Potato shines on the ports side of things. The layout of the ports is similar to that of Raspberry Pi, with the following options:

It also comes with an eMMC Interface and several encoders and decoders that support excellent 4K media.

Libre Computer Board is compatible with a wide range of operating systems, including:

All these features combine to make Le Potato a great and versatile Raspberry Pi alternative.

However, one major drawback is the lack of wireless functionality. Also, it doesn’t have the type of raw performance available with Raspberry Pi.

Last on our list (but certainly not the least by any means) is the Arduino Uno. This option is a great pick for those on a shoestring budget and also an excellent choice for beginners.

But even if money is not an issue, and you already have plenty of experience, Arduino Uno will work fine if you are looking for an ultra-compact Raspberry Pi alternative. The single-board computer is considerably smaller than the Raspberry Pi.

The SBC comes with an impressive selection of input/output. These include:

However, it is rather limited when it comes to ports. It has only one power jack, ICSP header, one USB port, and a reset button.

As one of the most popular Raspberry Pi alternatives, Arduino Uno works great for:

What to Consider When Choosing a Raspberry Pi Alternative

However, it might not be the perfect fit for some makers. But before you simply opt for the first imitation that comes your way, it is important to consider certain factors.

Here is everything you need to factor in when choosing any Raspberry Pi alternatives.

The form factor of Raspberry Pi differs significantly from many alternatives. Although many options take the same standardized form factor dimensions available with Pi, several other brands go with different sizes and shapes.

There are various alternatives for different types of projects, from larger boards that prioritize raw power more than compactness to ultra-compact SBCs that are best suited for small spaces while sacrificing performance.

The most important thing to keep in mind when choosing the form factor is how you want to use the single-board computer.

Instead of going with the most powerful option with plenty of raw power, take a while to look for something that truly fits your project. Consider the space you are working with and think of how the option you are eyeing will fit with existing accessories.

Thankfully, there are plenty of alternatives out there, so finding something that truly you’re your projects shouldn’t be too difficult.

Raspberry Pi offers outstanding flexibility when it comes to the availability of I/O and ports. You can access a variety of ports and input/output options, including USB, GPIO, HDMI, Ethernet, and a host of others.

While a wide selection of ports can be appealing, and many Raspberry Pi alternatives try to outdo themselves in a bid to provide as many ports as possible, it is best to check whether the options are suitable for your projects.

A long list of ports will do you no good if you can’t use them, right?

To give you a few pointers, make sure to check for the following:

Lastly, it is crucial to check whether the SBC has Bluetooth and WiFi connectivity. This is particularly important if your project requires wireless functionality. , you should confirm if the single-board computer has Wi-Fi and Bluetooth connectivity.

The CPU and RAM are two of the main specifications you should look out for when considering a single-board computer.

That’s the spec you should keep in mind when looking for a Raspberry Pi alternative.

If possible, go for a quad-core CPU with about 2 or 2.5 GHz max clock speed. This spec is one of the highest you can get considering the size limitations of most SBCs.

The higher the CPU, the more processing power your computer will have.

On the other hand, you should consider going for 32 GB RAM if you want to build a very powerful Raspberry Pi alternative. However, consider your budget and the form factor before opting for the highest RAM possible.

Raspberry imitations are a dime a dozen – the market is packed with copycats from third-party companies looking to take advantage of the Pi hype.

However, there are a few Raspberry Pi alternatives that are worth considering.

We believe that some of the single-board computers in this guide offer impressive performance similar or even slightly better than the more popular Pi.

Keep the pros and cons in mind when you choose an option. They will help you decide which SBC suits your project. 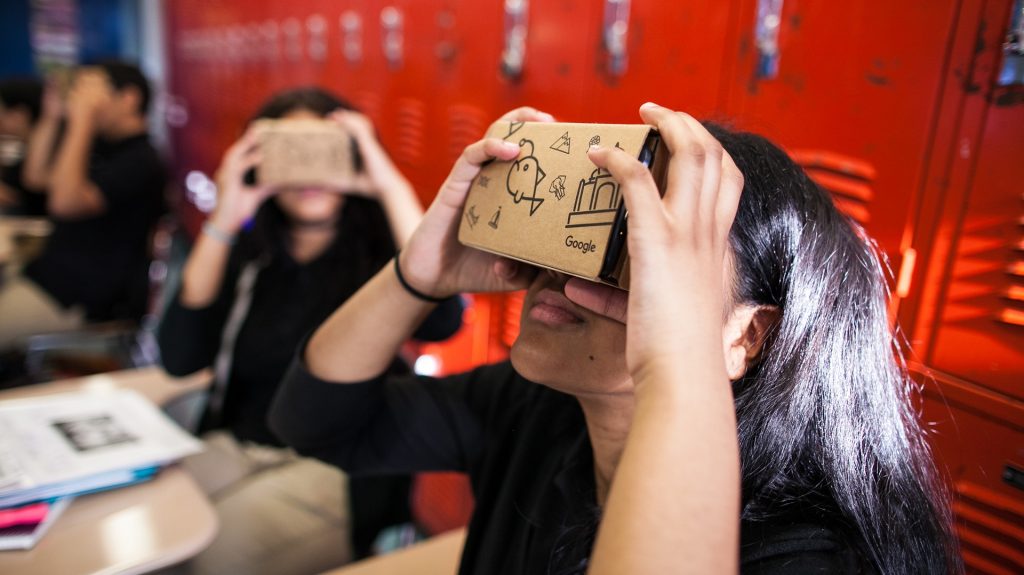 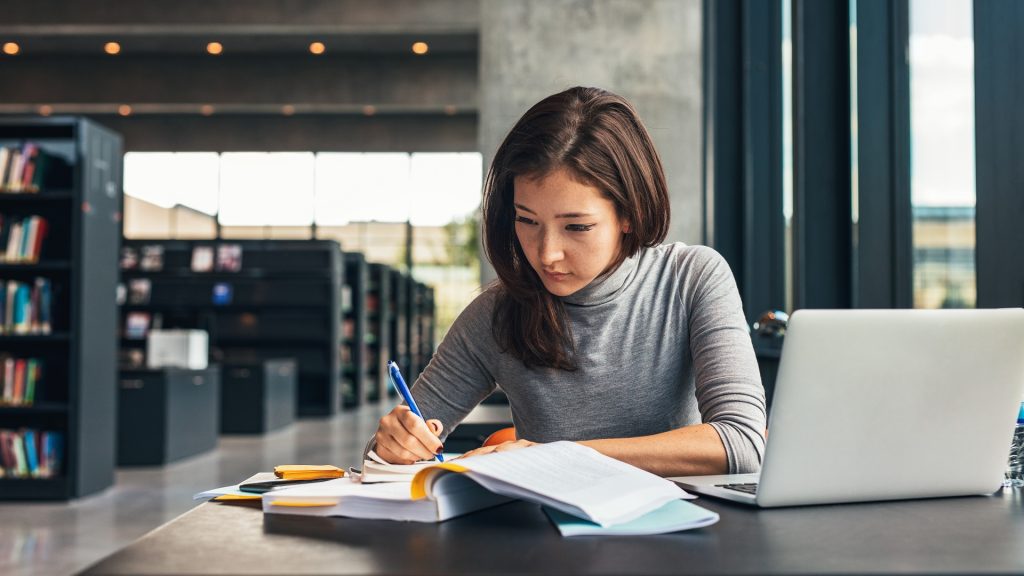